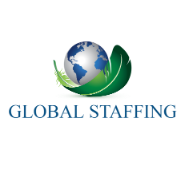 The job market has changed since the pandemic; acquiring the right skills and ensuring a successful career path is critical in keeping up with the changes. Below is a data analysis from multiple sources of what the job market, the skills needed, and the occupations in demand will be for the upcoming years.

According to Burning Gas Technologies – While the job market has tightened considerably for college graduates, our research has found that there are still openings in several occupations and industries, including technology, sales, and finance, that either provide a good salary or important skills.

Many college graduates are facing challenges during the pandemic, finding it hard to put their degree to use. With decrease in jobs, pause in internships, and competing with laid-off workers, it’s become extremely stressful for students. Its critical to learn skills that will play into the post-pandemic job market.

What is clear from our research is that for learners of all ages breaking into the post-college job market is increasingly about the skills they possess, and less about where they go to school or their specific degree. Burning Glass has identified 14 foundational skills critical to unlocking millions of jobs, even in this economy. These skills across a range of domains—digital, human, and business—are the building blocks of successful careers, not only facilitating the first step but also gaining importance over the span of a working life (via Burning Glass Technologies).

Having the useful skills is important, as well as adapting to the new remote working conditions and virtual meetings that are now required by most companies.

According to PitchBook, more than 80% of US employers said the shift to remote work has been successful for their company, according to a late 2020 survey by PwC of 133 executives and 1,200 office workers. Looking to the post-pandemic era, over half of employees said they would prefer to work remotely at least three days a week.

Since the pandemic, the world has gone almost entirely online for working, schooling and even socializing which has caused a huge gain for companies in the tech industry.

“When the pandemic hit, many companies rightfully got spooked and paused hiring,” said Brazen’s Healy. “What I see happening in 2021 is tech companies making up for some of the freeze that they had in 2020.”

According to CompTIA, the United States is the largest tech market in the world, representing 33% of the total, or approximately $1.6 trillion for 2021. In the U.S., as well as in many other countries, the tech sector accounts for a significant portion of economic activity. CompTIA’s Cyberstates report reveals that the economic impact of the U.S. tech sector, measured as a percentage of gross domestic product, exceeds that of most other industries, including notable sectors such as retail, construction and transportation.

Despite the size of the U.S. market, the majority of technology spending (67%) occurs beyond its borders. Spending is often correlated with factors such as population, GDP and market maturity. Among global regions, western Europe remains a significant contributor, accounting for approximately one of every five technology dollars spent worldwide. However, as far as individual countries go, China has clearly established itself as a major player in the global tech market. China has followed a pattern that can also be seen in developing regions, where there is a twofold effect of closing the gap in categories such as IT infrastructure, software and services, along with staking out leadership positions in emerging areas such as 5G and robotics (via CompTIA).

Tech services and software account for nearly half of spending in the U.S. technology market, significantly higher than the rate in many other global regions (via CompTIA).

Uncertainty still plays a big factor in the job market. From what we can tell, adapting to the new skills required will be extremely useful. Technology is taking up much of the job market but plans for 2021 are defined more by the unknown than quantifiable challenges.

For more information on market analysis for 2021, check out these sites:

States With the Best Job Market in 2021 | Balancing Everything

Most Valuable Career Skills for 2021 (investopedia.com)